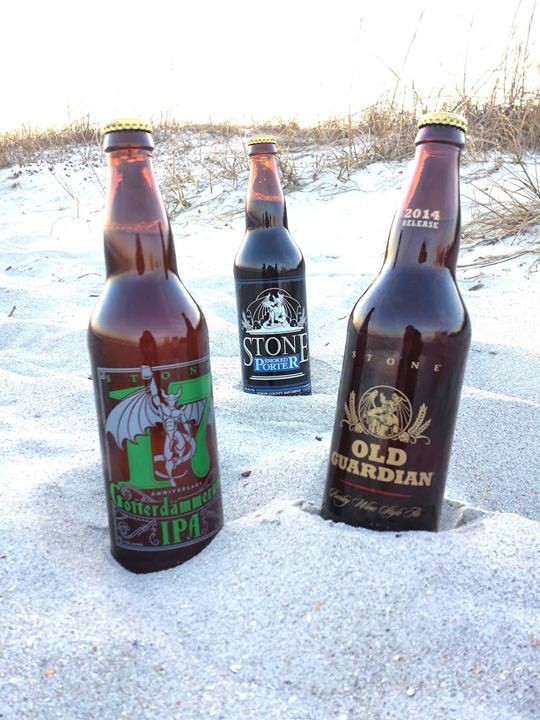 Update at the Bottom

Stone Brewed a very popular microbrewery that has been around since 1996 and is now has distribution in 40 states and seven countries is looking for an east coast home. So why not Myrtle Beach!?

A group of locals who love beer almost as much as they love Myrtle Beach have started the Stone Brewed on the Beach Facebook page to get Stone Brewed to consider the Grand Strand area as their future east coast home.

"Stone Brewing Co. on the East Coast? They would look (and TASTE) mighty fine in Myrtle Beach. The tenth largest craft brewery in the United States, Stone Brewing Co., is looking for another home to open a brewery/bistro and beer garden on the East Coast. And what makes Myrtle Beach the perfect spot to set up shop? The welcoming community and niche for good taste in craft brews [...] We hope to Stone chooses Myrtle Beach as its new Eastern home!"

So what can you do to help Stone Brewed come to Myrtle Beach? Like the Stone Brewed on the Beach Facebook page, post on their wall how much you want Stone Brewed here and tag Stone Brewed's Facebook page in the post. Also, Tweet @StoneBrewingCo and tell them that we're their east coast home -make sure to use the hastags #StoneEast #beer #MYR or #MyrtleBeach.

According to Stone Brewing's latest social media postings, it looks as Charlotte, NC is quickly becoming the front runner...let's crush them!

WBTW and MyHorryNews has picked up on the story, and there is more to it than a simple social media style contest.

"Horry County Economic Development Group is taking a different approach to get a new company to come to the beach.  Morgan Dendy, Director of Marketing and Public Relations for Horry County Economic Development Group tells News13 they've partnered with an agency to create a Facebook page to woo Stone Brewing Co. from in San Marcos, California. Since the brewery is very immersed in social media Dendy says they had to have an out-of-the-box approach.

Stone Brewery has already gone public with what's called a request for proposal to locate on the East Coast. Stone is the tenth largest craft brewery in the United States, and it's one of the fastest growing breweries in America averaging 43% year-to-year growth during the past 15 years. It's looking to open a brewery/bistro and beer garden on the East Coast.  That move could mean an excess of 300 jobs."

via My Horry News:

The Myrtle Beach Regional Economic Development Corporation (EDC) on Wednesday launched a Facebook page to build support for the brewery and EDC officials plan to meet with the company on March 27. Many Southeastern states are courting the company, which wants to establish a presence in the eastern United States and hire more than 300 workers.

“It would be a really good fit for us,” said Brad Lofton, the EDC’s president. “Branding is a big part of their strategy and they want to build their brand on the East Coast.”

Hop on over to WBTW and MyHorryNews for their full write-ups and keep on Tweeting, Facebook posting and sharing this economic (and tasty) item with all your friends.