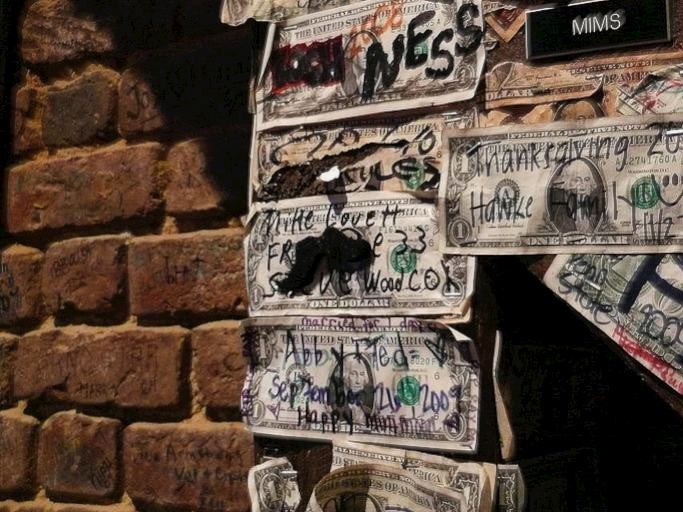 Image by Flickr user imabug Maybe folks in Charleston wouldn't be so broke if they stopped tapping it to the walls of The Griffin.

Charleston, it's on top lists all the time — but usually it's for being a great tourist or food destination.

This time it's thanks to folks being broke.

The Daily Beast whipped up a controversial list of "﻿America's Brokest Cities﻿" and Charleston graces the queue at number 22.

The publication, writes about the study: "In short, the national numbers are promising, but plenty of people are still hurting. To find the most struggling cities in the country, we used three data points  weighted equally: the most recently available unemployment rate (August 2011), median household income, and average debt.

"Data is from a recent report by Experian and the Bureau of Labor Statistics. The average credit score for each city is included in the gallery, though not taken into account to determine the final ranking. If this data is any indication, the cities struggling the most right now—the ones that may take the longest to recover—are clustered in the South and along the Pacific Coast.﻿"

And the regional clustering shows.

While Charleston was the only area to earn a spotlight in South Carolina, it has plenty of Southern company; some highlights:

Check out the full results over here.

And, to be sure, the City of Charleston is already on the offensive with a press release clarifying that, "﻿the study does not refer to the fiscal condition or debt of any government in the tri-county area. Rather, it refers to the unemployment rate, householdincome and personal debt levels for individuals and families in the entire Charleston-North Charleston-Summerville [area]."