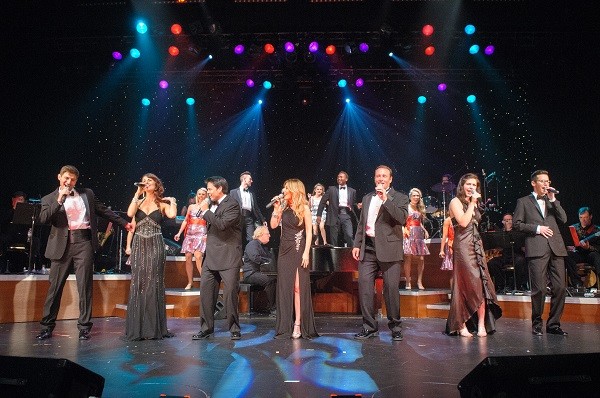 3:13 pm on Monday September 8, 2014 | Posted by HAF Creative
‘The Great American Songbook’ by Brad and Jennifer Moranz is Soundtrack of the Greatest Generation

Broadway performers Brad and Jennifer Moranz are producing an all-new original musical revue celebrating the greatest music of our generation. “The Great American Songbook” runs for three performances only Oct. 11-12 at the Charleston Music Hall.

Attendees will be treated to favorite classics like “Accentuate the Positive,” “Over the Rainbow,” “You Make Me Feel So Young,” “Ain’t Misbehavin’,” “It Had to Be You,” “You’re the Top” and countless others. Six singers from Charleston, New York and beyond will perform 40 unforgettable songs during this original production.

Brad Moranz points out that this music really is the songbook for several decades of our lives. “This timeless music took positive values and an optimistic spirit and infused it into the soundtrack of American life,” he said. “We defended our country, raised families and built a nation to these songs.”