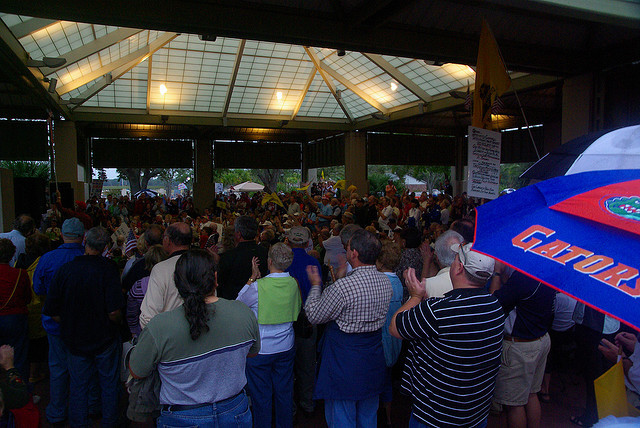 Image by TheDigitel At 2009's rally in Beaufort.

﻿After holding their first rally on July 4, 2009, the Beaufort Tea Party is holding another on Sunday, September 12, at 1 p.m. and plans to focus on the voice of the people.

Ann Ubelis writes that the local branch was not pleased with allowing politicians to speak at last year's rally and instead is only encouraging them to attend this year's to hear what the people want.

The rally is at Henry C. Chambers Waterfront Park.

More details about the rally and speakers are below:

We, The People Invite Our Politicians

And Community Leaders To Join The Crowd

And Listen, As You, The Voter, Speak Out, Once Again! (Each person will be given 2 mins to come forward and speak their mind!)

After our Guest Speakers, “We, The People” Will Speak Out And America Will See The Power Of The People And The Tea Party Movement!﻿