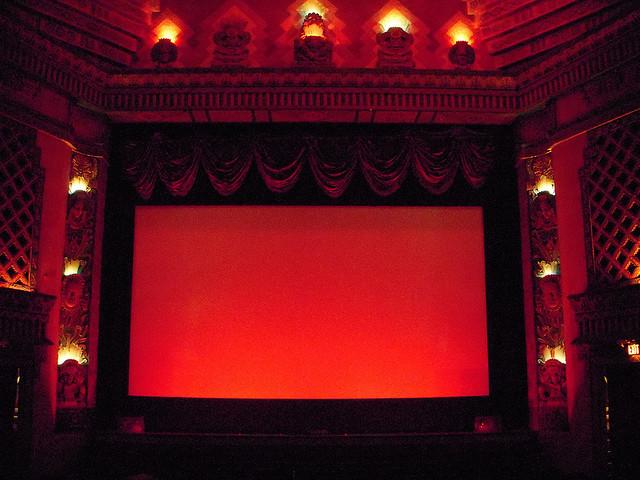 The 6th Annual Beaufort International Film Festival starts in just a few days, and if you're still a bit amiss about what's being offered up this year: here's the full rundown.

Descriptions of the screenings from February 16 to 19 are below with trailers were available.

For a higher level overview and showtimes, check out our earlier post.

All events take place at the University of South Carolina, Beaufort, Center for the Arts (801 Carteret St.﻿). Individual film screenings are $5, or you can purchase the Unlimited Film Pass and enjoy the screenings and Awards Ceremony for only $75. Daily film passes are $30 each for Thursday and Friday and $20 for Saturday. To be able to enjoy all the events, purchase the All Events Pass for $125 (Beaufort Film Society members only have to pay $100).

Tickets may be purchased online at the Beaufort International Film Festival website. You can also pay at the door or purchase in-person at the Beaufort Film Society Office (708 Carteret St.﻿) or the Beaufort Regional Chamber of Commerce Visitors Center (715 Craven St.).

Il Cacciatore Di Anatre (The Duck Hunter) ( 90 min, Modena, Italy)
EGIDIO VERONESI, Director
Year 1942. In the countryside of Modena, in northern Italy, the story of four friends are intertwined,
each of them with their own dream to realize. The story is set at the time of the second world war and the tragic events of this period will end by sweeping away everyone and everything. Only one of them will realize his dream.

Happy New Year (105 min, New York, NY USA)
K. Lorrel Manning, Director; Michael Cuomo, Producer
HAPPY NEW YEAR is the story of “Sgt. Cole Lewis” who, mentally and physically scarred by his time served in Iraq and Afghanistan, finds humanity, compassion and friendship in a group of similarly injured veterans in the psychiatric ward at a remote Veterans Hospital. The group, ranging from guys left behind from WWII and Vietnam, to those recently injured in the Middle East, slowly become Lewis’ new family. Along with them, he will attempt to redefine his sense of self, and find a new place in the world. Through humor and pathos, Lewis becomes a ray of hope in the ward, as the men find a way to combat their post-war grief. However, just as their luck starts to change, Lewis soon faces his fiercest battle yet.

Cultures of Resistance (73 min, San Francisco, CA USA)
Iara Lee, Director
CULTURES OF RESISTANCE is a film journey into the causes of contemporary war and conflict around the world, and an impassioned meditation on the apocalyptic problems facing humanity at this critical juncture in the history of the species.

Wrestling for Jesus (73 min, Madison, WI USA)
Nathan Clarke, Director (1st Feature), Producer (1st Feature)
A man from rural South Carolina tries to find solace from the demons of his past by starting a Christian professional wrestling league. His goal is to use wrestling to evangelize his neighbors. However his passion and vision for his ministry are tested when his personal life begins to disintegrate.

Empty Hand: The Real Karate Kids (90 min, Lake Forest, CA USA)
Kevin Derek, Director (1st Feature)
A true story of four young karate competitors who prepare to fight against their toughest rivals in the biggest tournament of the year. This film is an open window into their private lives. From the confines of the Karate dojo, to the wider outside world and beyond their comfort zone, the four struggle to balance the rigors of training with the demands of being a young person in America. This is a tale of dreams, aspirations, and the hope of taking home the title of the next Karate Kid Champion.

Awaken the Dragon (87 min, Charleston, SC USA)
Liz Oakley, Director; Producer
Beyond survival, an ancient Chinese sport catapults an unlikely crew of cancer survivors into a new way of being. Redefining the word 'sick' and re-framing the meaning of their diagnosis, these fractured individuals transform into a single force of power and beauty. Wrapped in a sport that is a feast for the senses, this film of nail-biting competition and intimate revelations challenges traditional medical thinking; revealing a path to wellness that holds hope for all survivors. Awaken the Dragon is a moving and inspiring ride that leaves viewers wondering if they too have the power to awaken the dragon within.

#WhileWeWatch (40 min, Rockaway Beach, NY USA)
Kevin Breslin, Director
# whilewewatch is a gripping look at the media revolution that emerged from Zuccotti Park in New York City to the world. It is the story of how many people came together in the sun and rain, day and night, broke and loaded with energy and hope to get their story out to the world. #OWS [Occupy Wall Street] has galvanized the world. #whilewewatch is the real inside story of great people who have no fear. They don't back down from police, big business or city government. When regular media paid no attention to this movement they decided to tell the world their story. #whilewewatch is the real experience of what democracy looks like. We hear it from their voices, pain, energy and honesty.

Shag Nation (19 min, Brooklyn, NY USA)
Brittany Brothers, Director, Producer
Shag Nation is a documentary about the Carolina Shag and the charmingly quirky subculture behind it.

Atroz (10 min, Burgos, Spain)
Francisco Álvarez, Director; Producer, Executive Producer
Atroz is a curmudgeon teddy bear who will tell us the misfortunes that he will live to flee from his owner, Luna, a girl that harasses him every moment.

Civil ( 15 min, Columbia, SC USA)
Weston Middleton, Director
The Year is 1865. The country stands divided. War rages on the battlefields and in the hearts of men. For one Confederate soldier, his loyalty is tested. For God. For Country. Forever.

Quirk of Fate (45 min, Cologne Germany)
Marco J. Riedl, Director
A quirk of fate leads Luke Hallow to risk violating his parole and losing his newly won freedom. He has to save the life of his nine-year-old daughter, Noel, who urgently needs a donor heart. Only a miracle keeps him from losing everything forever.

Saying Goodbye (16 min, West Columbia, SC USA)
Clifton Springs, Director (1st Project); Brian Rish and Jocelyn, Producers
A woman who has lost everything moves into a southern nursing home where a cat with the ability to predict death and a spunky fellow resident inspire her to enjoy living again.

Two Minutes (7 min, London, United Kingdom)
Christopher Granier-Deferre, Director
In this terribly poignant tale of memory, loss and love, Juliette, a young woman paying a visit to her Alzheimer's suffering father, unexpectedly triggers a brief but touching moment of lucidity between them. A moment she hopes she will never forget, but knows in her heart he has already forgotten.

Gil’s Brother (14 min, USA) (University of Southern California, Los Angeles, CA)
Corey Bodoh-Creed, Director
David Stevens dreams of escaping the dead-end suburbs where he was born, but on the night of his cousin's wedding, he discovers that he must first stand up to his bully-of-a-father to save his younger brother, Gil.

The Martyr (14 min, USA) (University of North Carolina School of the Arts, Winston-Salem, NC)
Jesse Terrell, Director
A man gives up everything including his good name in order to save his family from poverty.

The Minus Touch ( 14 min, USA) (University of North Carolina School of the Arts, Winston-Salem, NC)
Rob Sterling, Director
When John is at the end of his rope and begins to seek answers to a mediocre life, he stumbles upon Kierkegaard's 'Either Or,' which leads him on an existential path of loss and discovery.

The Road to Jacob (17 min, USA) (Savannah College of Art and Design, Savannah, GA)
Matt Allen, Director
Dean has been in and out of prison all his life, but tomorrow he gets out. Feeling the need to change his ways due to the son that he has never met, Dean has to adapt to society and gain the self -respect and confidence needed to enter his son's life.

The Crocodile’s Wife (7 min, Clifton Hill, Australia)
Jody Cleaver, Director
The Crocodile's Wife grows resentful of an ever-cheerful monkey; a newcomer to the riverbank. Her husband arranges a meeting between them, confident she will see the error of her judgment- but will she like him?

Dissolving Destinies (7 min, Corona, CA USA)
Brandon Strathmann, Carlene Strathmann, Co-Director; Co-Producer
This film highlights an important but widely unknown issue, Ocean Acidification. Following a little crab through the coral reef, we see the effects of ocean acidification and learn that what we do on land affects what happens to the oceans. This educational environmental film has a message of hope, and its endearing characters help remind us how important it is to be aware of our daily actions and how they will impact our future. The film is animated in 3D using Autodesk Maya.

Stitched and Sown (5 min, Winston-Salem, NC USA)
Austin Taylor, Director
A farmer makes a scarecrow to protect his crops. The scarecrow makes a friend to keep him company in the fields.
View Trailer

Two Hit Wonder, Gary Weeks, http://www.garyweeks.net/
To impress a girl, a slacker's lie claiming that he is an ex-football great who went missing years ago dominoes into a series of events that lead him stuck in between a dream life of the NFL and the love of his life.

Gary Weeks Chad Matthews
The Wedding Photographer, Teresa Bruce (Beaufort, SC), http://www.teresabrucebooks.com/
A cynical Chicago advertising agency photographer, forced into shooting weddings for a season, is trapped in Southern Belle Hell. Even snubbing South Carolina's high-society wedding planner doesn't get him fired. A prisoner of his own genius, he can't take a bad picture of a beautiful bride. He's The Wedding Photographer. Bless his heart.

Saving Sergei, Barry Leach (Kent, United Kingdom)
On a Nazi-occupied British island, Libby risks imprisonment for hiding Sergei, an escaped Russian slave laborer. When Sergei is captured, to perform a daring rescue, Libby must do what is unthinkable: trust a German.

Chasing Diana, Jack and Robin Firestone, http://chasingdiana.com/
Using a unique mixture of truth and fantasy, Chasing Diana is a parable for our times. Vicariously told through the eyes of lead characters Rhonda and James Goodrich, Chasing Diana is the remarkable story of how a princess' death rips a closely knit family apart... and the healing process which ultimately unites them.